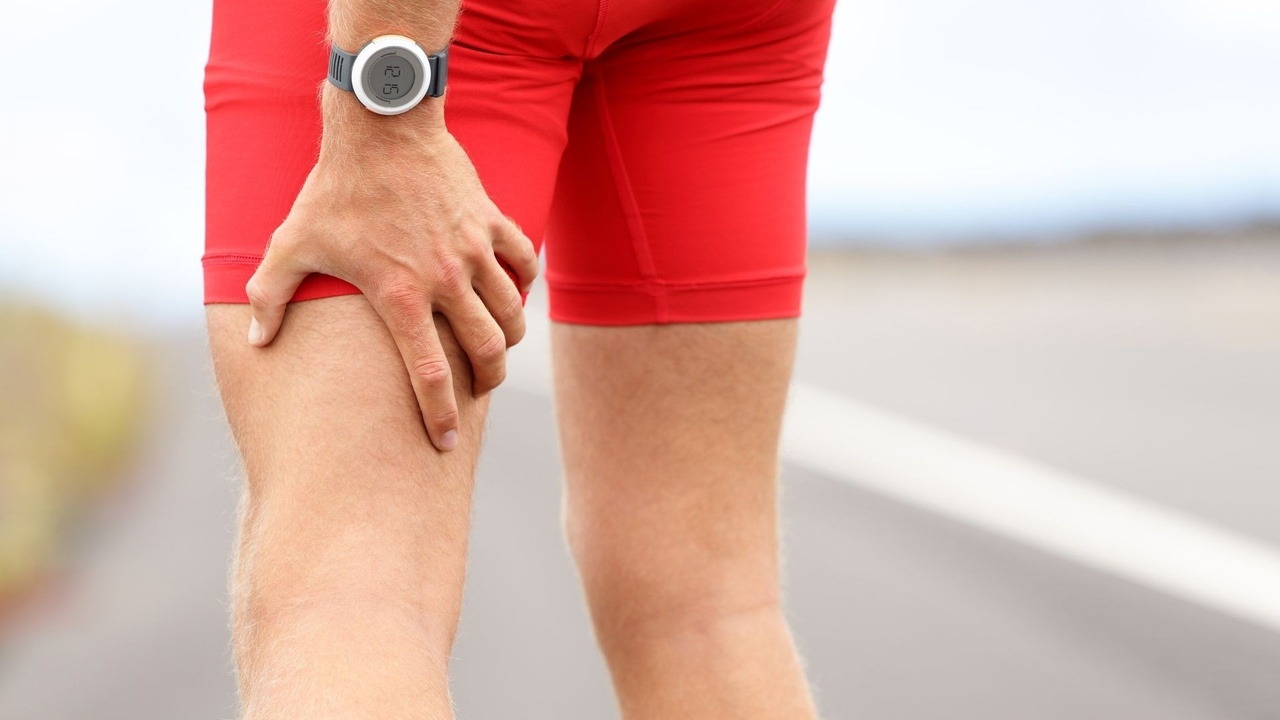 Grand finals are upon us and regardless of the code 2021 has been a challenging year for most teams, with success seemingly depending on a war of attrition against injury amongst clubs.

As usual, the most common non-contact injury remains the hamstring strain and is responsible for the most games missed for most teams

Unfortunately, these injuries are not exclusive to professional players, with many semi-professional and amateur sportspeople also missing portions of the season due to these complaints which can also be a determinant for whether or not a season is a success.

So with all the money that is poured into professional sport, surely we have a better understanding of how we can avoid hamstring injuries and help players stay out on the field?

What do the hamstring muscles do?

If you’ve ever read an anatomy textbook then you probably said “flex the knee”, and while you are partly right it probably does not tell the full story.

Typically the hamstrings are mostly recruited eccentrically in running-related tasks to decelerate and propel hip flexion and extension, and usually the faster we move, the more they are recruited. 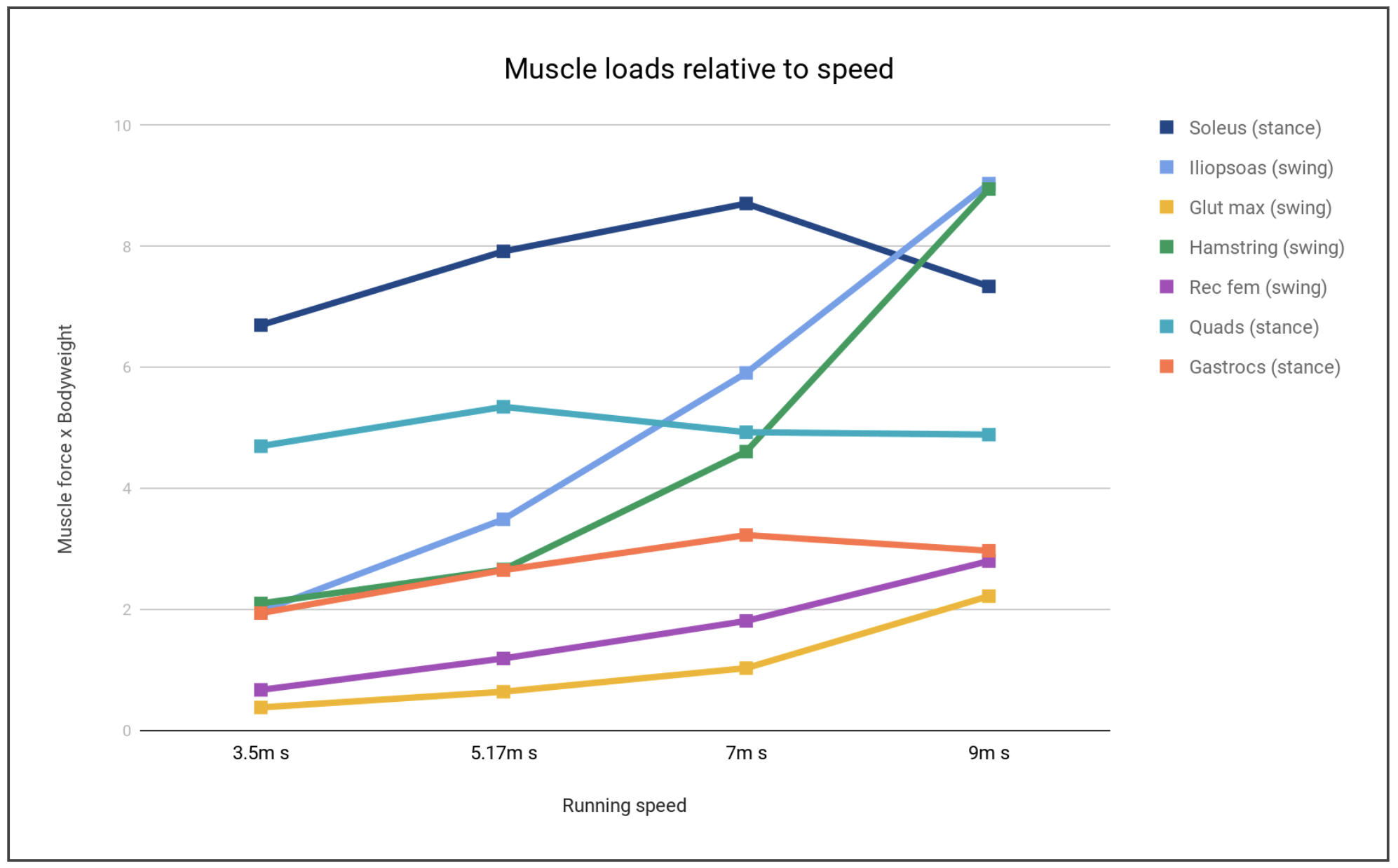 The hamstring muscle is also made of two parts, the Biceps Femoris (the outer part) and the Semitendinosus (the inner part). 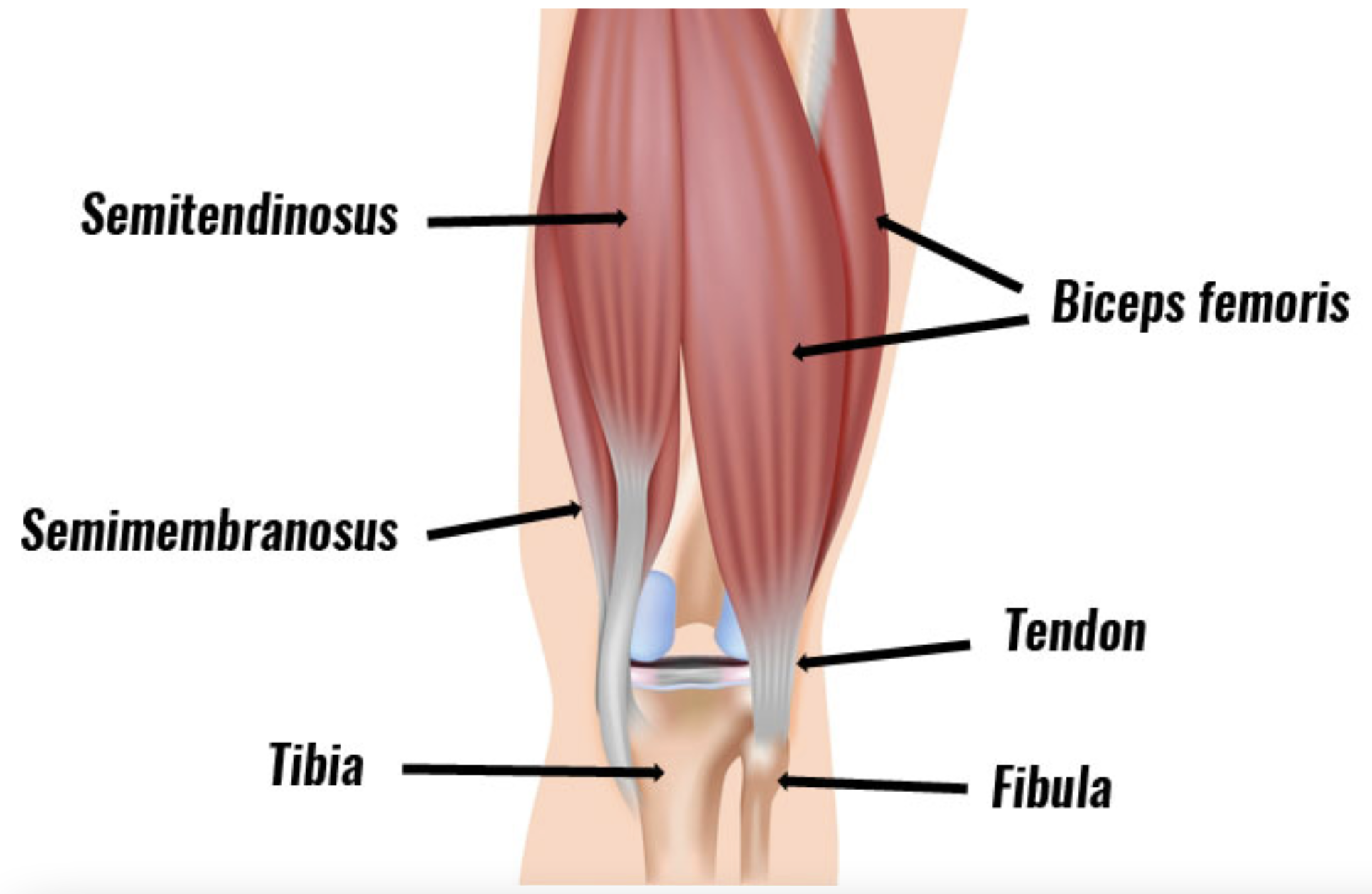 Each serves a specific purpose in the running mechanics. 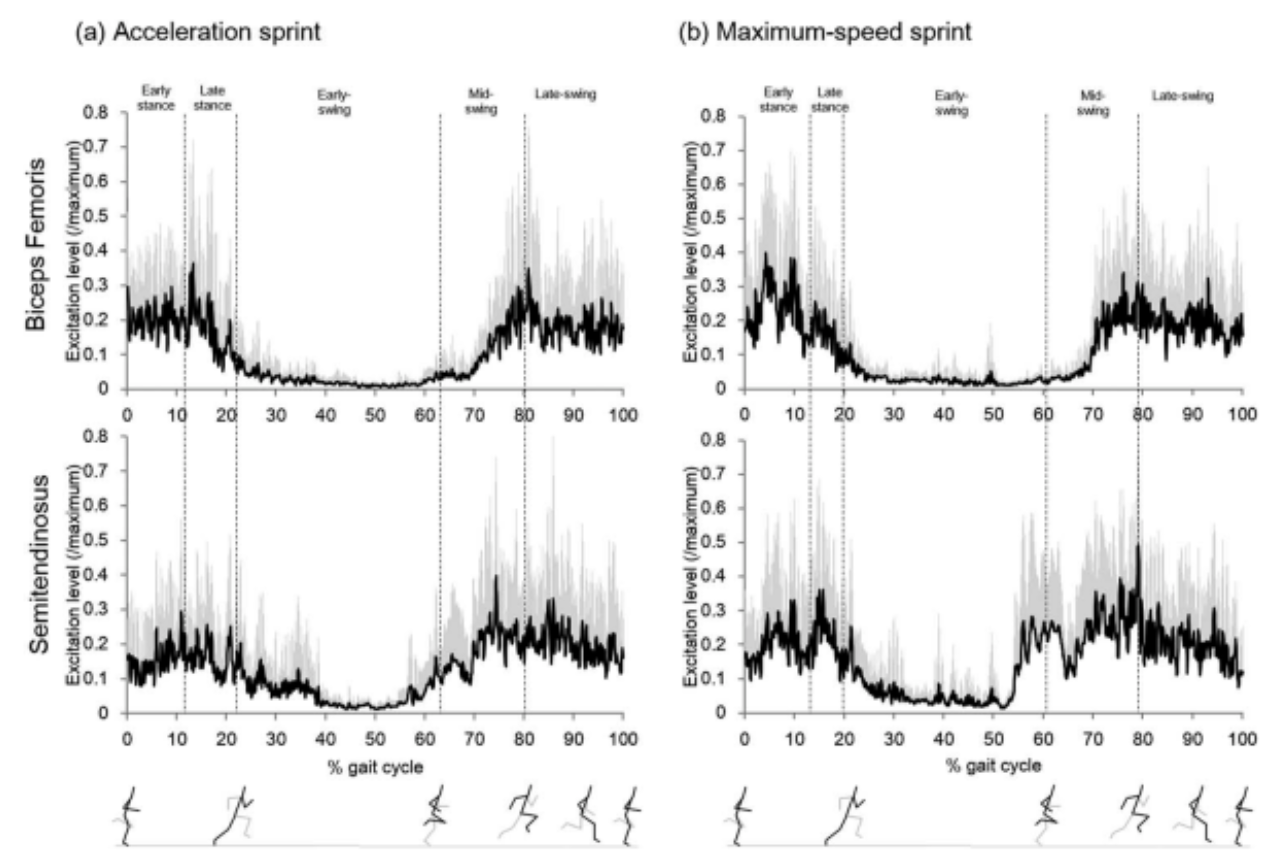 As mentioned earlier hamstring injury in sport is common.

Because of the separate roles of each part of the hamstring, injury to each can also occur in typically unique ways.

There are of course factors that can contribute to the risk of these injuries occurring.

As health and fitness professionals, having the power to measure and set baselines for physical strength and performance can be important for determining the best exercise program for your clients.

This is particularly important for measuring hamstring, quadriceps, hip flexor, and hip extensor strength in athletes who perform a lot of high-speed running and movements that involve lengthening of the hamstring. Because the strength of these muscles is one of the most important modifiable factors in reducing the risk of a hamstring injury, setting baselines and identifying weakness should be one of the first areas looked at in hamstring management.

Considerations should also be made for how testing is performed. Often most patients and clients will be tested in a “fresh” state. This doesn’t always tell the full story. For example, Lord’s 2018 study showed that knee flexor torque, & Hamstring:Quad ratio decline more rapidly in previously injured legs and that 100% of injured & uninjured legs could be accurately identified when using a fatigue protocol before testing. Consider using fatigue protocols in your testing to get truer and more applicable results.

What tests can be performed to assess hamstring strength?

Practitioners may choose to use a variety of tests when assessing hamstring strength.

These might include manual muscle testing, hamstring bridge endurance tests, or single leg sit-to-stand testing. These tests all have their place however these tests usually do not have the accuracy and sensitivity required to effectively monitor clients.

This is where using digitized strength testing equipment such as the AxIT System has an advantage as it allows for assessment of isolated isometric muscle peak force and rate of force development, as well as plyometric tests such as drop jumps that can have an influence on acceleration and deceleration in sport.

These tests can also be performed in a variety of different positions to gain more information on specific force generation capabilities and different muscle lengths and joint angles. 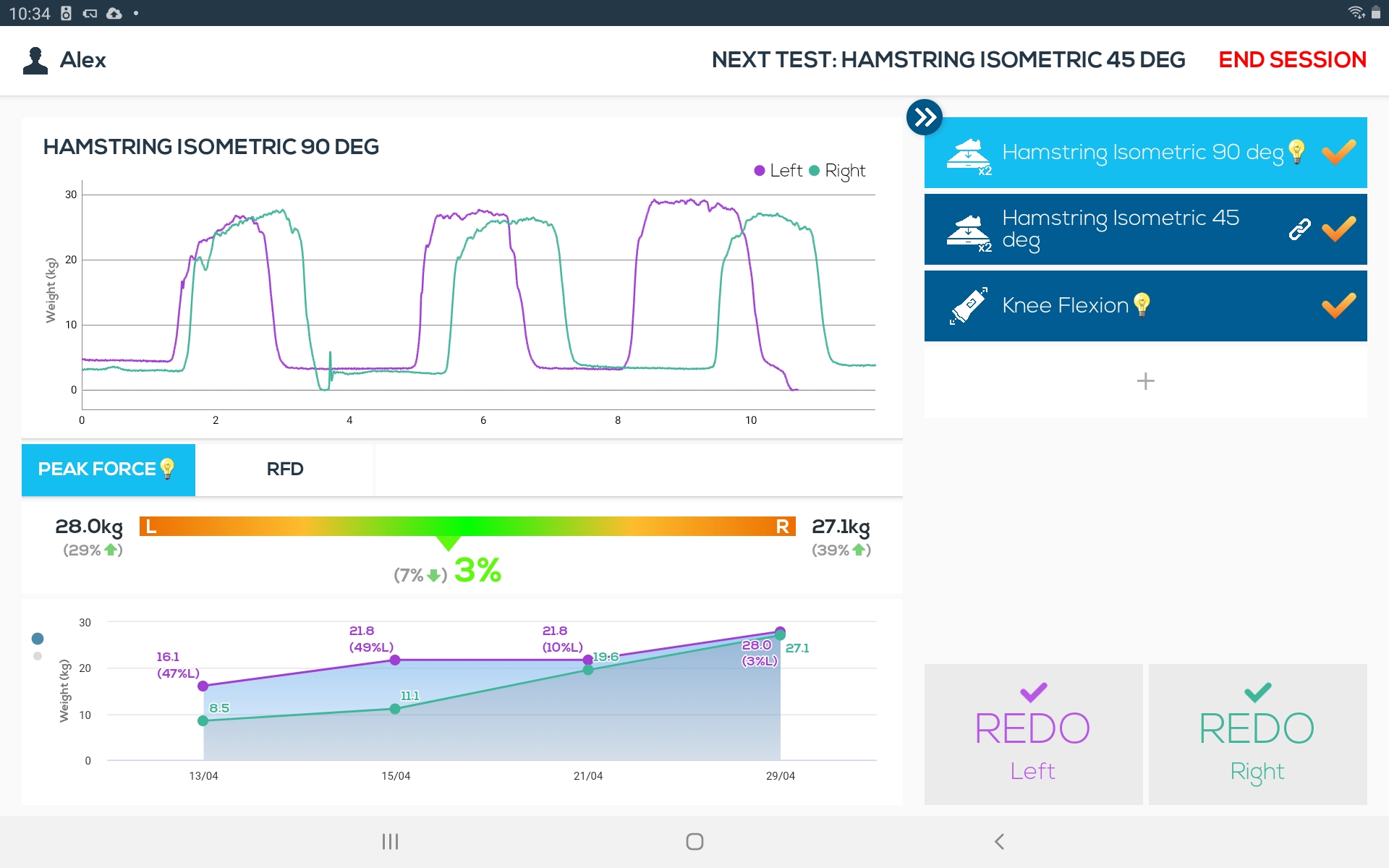 Collecting accurate strength testing results regardless of the test or method used is important for giving context to the patients and athletes as to where they are at, where they need to be, and how they will get there according to doing your plan. Using accurate strength testing equipment can then help motivate your clients on their training journey and guarantee the best outcome in return to play with Bulletproof Hamstrings.