Comparison of Ground Reaction Force During Different Angle of Squatting 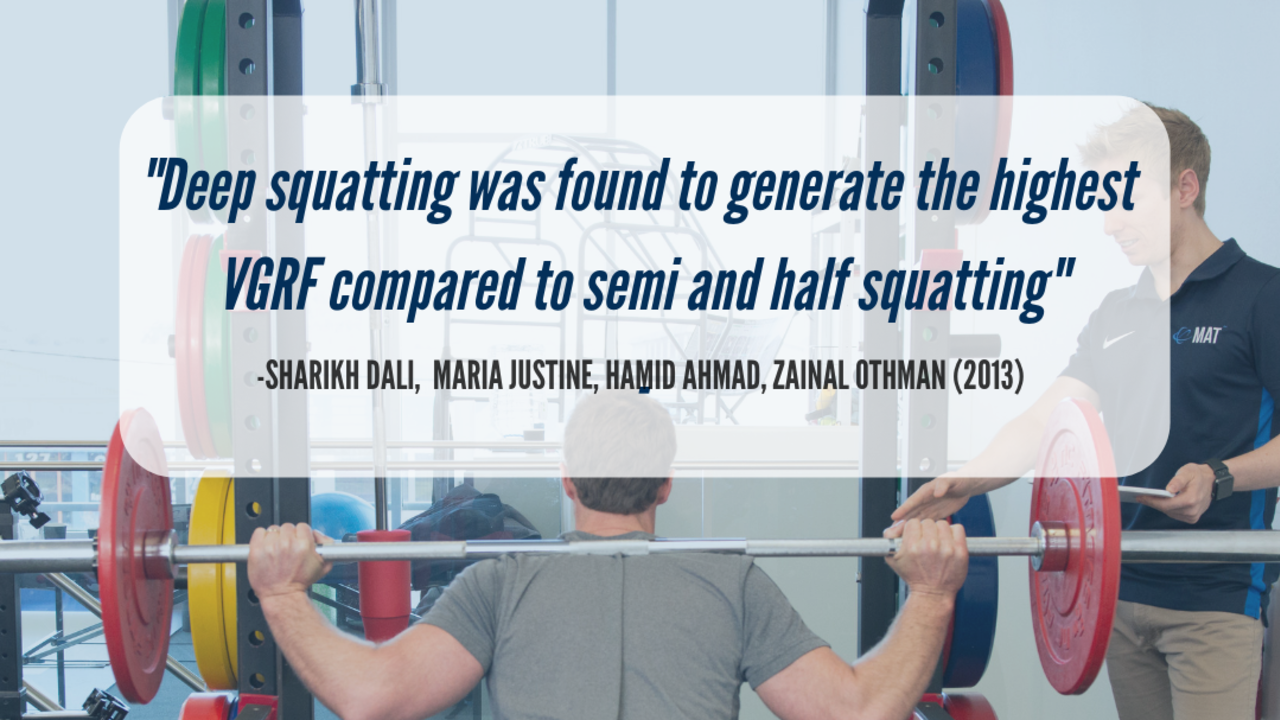 Squatting is a form of closed kinetic chain movement which commonly being employed in exercise training. However, little is known regarding the amount of force being imposed on the knee at different angles of squat. Thus, the purpose of this study was to compare the vertical ground reaction force (VGRF) at different angles of squatting among the military personnel. Thirty-seven subjects (age=27.1±2.77 years old) participated in this cross-sectional comparative study. The peak of VGRF was identified during squatting at 40°, 70°, and 110 ° of knee flexion, which was measured using a force platform. The data were analysed using the one way repeated measure ANOVA and Pairwise Comparisons via Bonferroni adjustment. The VGRF were shown significantly different between the three angles of squatting (p<0.05). Since the Mauchly Test of Sphericity was significant (p>0 .05), the result was corrected using Greenhouse-Geiser Epsilon and continued to show a significant different [F (1.36, 49.08)=43.56] (p<0.05). The effect size was large (ηρ2=0.55). This study suggests that the angle of knee flexion during squatting exercise may influence VGRF.

Deep squatting was found to generate the highest VGRF compared to semi and half squatting. Thus, it is suggested that squatting may be best performed at smaller angle in order to avoid excessive force that may be detrimental to the joint surface.