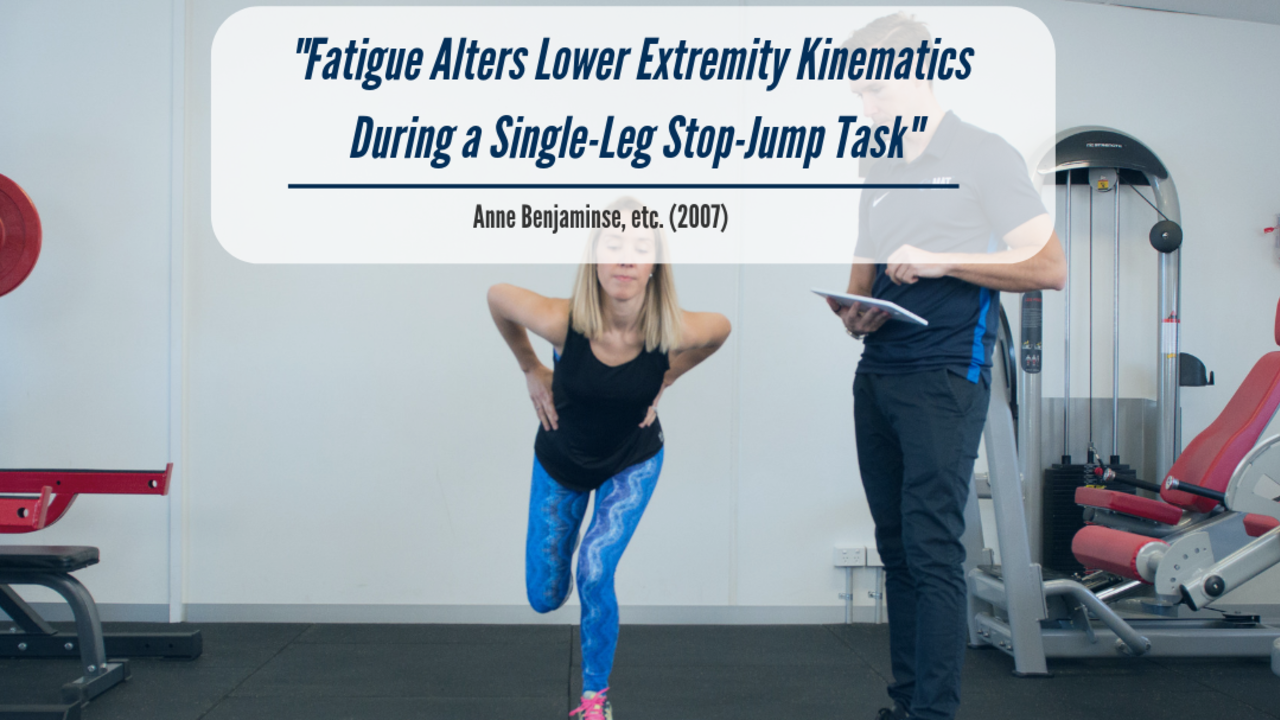 The results show that fatigue developed from exhaustive running alters lower extremity kinematics during a single-leg stop-jump task. The more neutral position in the frontal plane might be an effort to protect the knee. The decrease in knee flexion at initial contact may be an attempt to increase knee stability following fatigue.