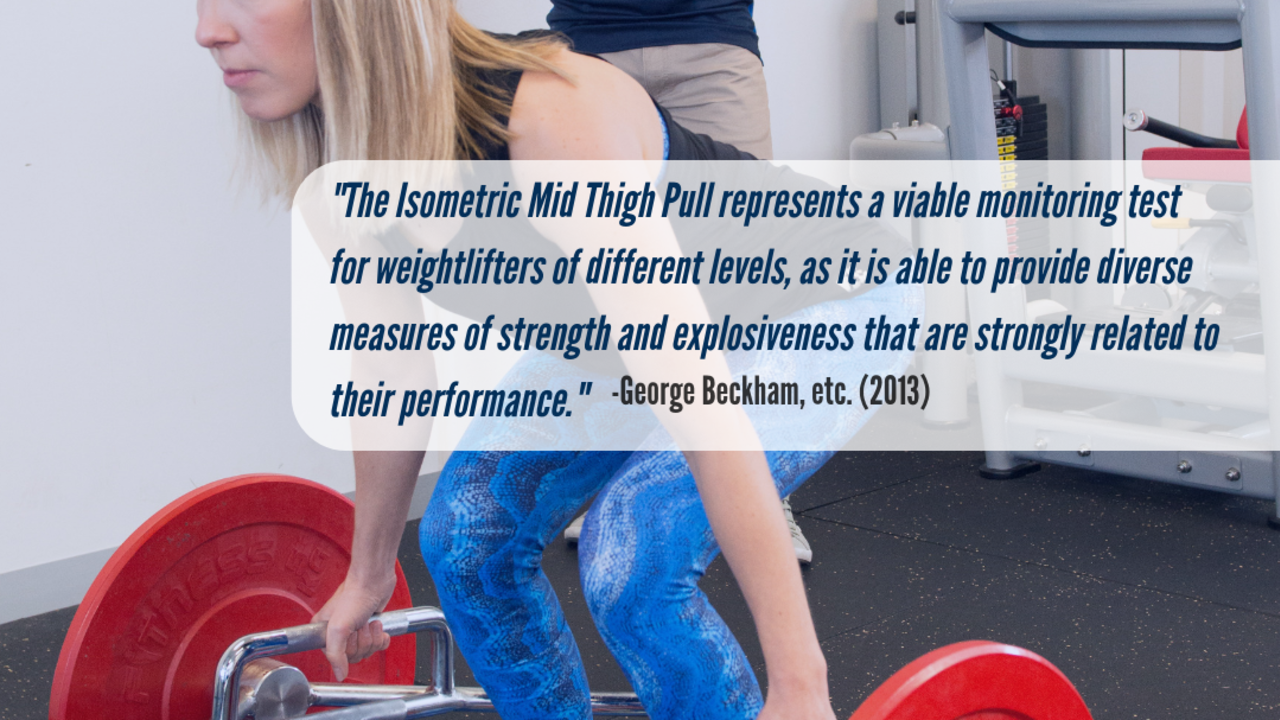 Twelve weightlifters, ranging from novice to advanced, performed the IMTP 10 days after a competition. Correlations were used to evaluate relationships between variables of the IMTP and absolute and scaled competition results.

Measures of average IRFD probably represent a more relevant variable to dynamic performance than does Peak IRFD (5ms). Maximum isometric strength also is likely to have a strong role in weightlifting performance.