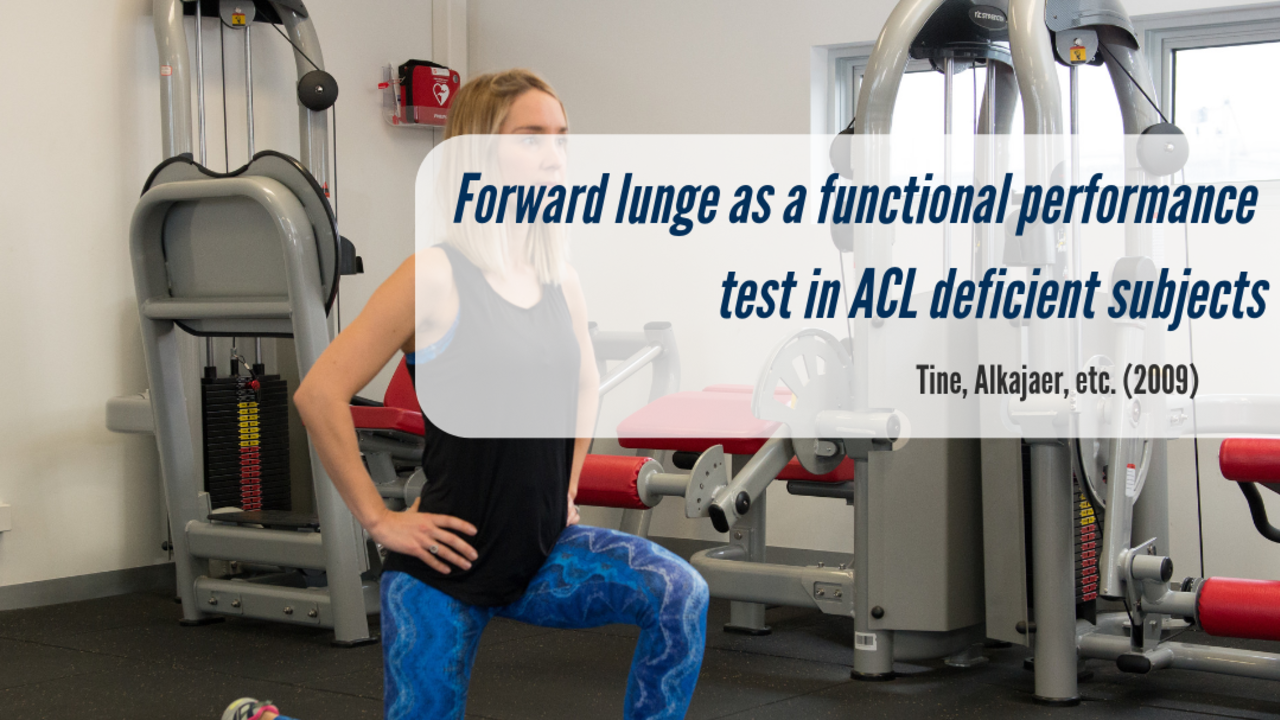 The forward lunge movement may be used as a functional performance test of anterior cruciate ligament (ACL) deficient and reconstructed subjects. The purposes were 1) to determine the test–retest reliability of a forward lunge in healthy subjects and 2) to determine the required numbers of repetitions necessary to yield satisfactory reliability. Nineteen healthy subjects performed four trials of a forward lunge on two different days. The movement time, impulses of the ground reaction forces (IFz, IFy), knee joint kinematics and dynamics during the forward lunge were calculated. The relative reliability was determined by calculation of Intraclass Correlation Coefficients (ICC). The IFz, IFy and the positive work of the knee extensors showed excellent reliability (ICC > 0.75). All other variables demonstrated acceptable reliability (0.4 > ICC < 0.75). The relative reliability increased when more than a single forward lunge was used. In conclusion, the reliability was acceptable. It is recommended to represent the biomechanical variables as an average of at least three trials of the forward lunge